I’m a director. I love images and story. I am also established as a indie film producer and beginning to get more of my writing out into the world. What drew you into the world of filmmaking? What was your defining moment?

It’s funny because I would say that after taking 8 years to make my first feature as a producer that premiering that film at the Tribeca Film Festival would be the “defining moment”. While that is certainly a cherished accomplishment & experience, the defining moment I keep in my heart and use as my north star when things get tough in this biz is from the set of “Save the Future”, a Netflix short film I produced. I had left a successful career in politics to chase my dream of making films and “Save the Future” was my first real set. The first shot was our lead standing in a field of gorgeous red and yellow poppies. I had felt I risked it all professionally to get to this place and my heart was so full of certainty in that moment that I found my true path. Whenever I encounter obstacles I always return to that image.

I look for different things as a director than I do when producing. The common attribute I always look for in both is humanity and heart. The stories don’t have to be sweet or always optimistic, but they need to feel true to the journey of being a person in a complex world.

Each festival premiere has been special. The stars have to align for any film to get off of the ground so every premiere feels like a big success. The success I’m most focused on right now is booking directing jobs. I just wrapped a commercial for American Airlines and Film Independent that is all about empowering female storytellers. We had an all-female crew. Standing on that set having the chance to direct and work with so many talented women was a big moment. 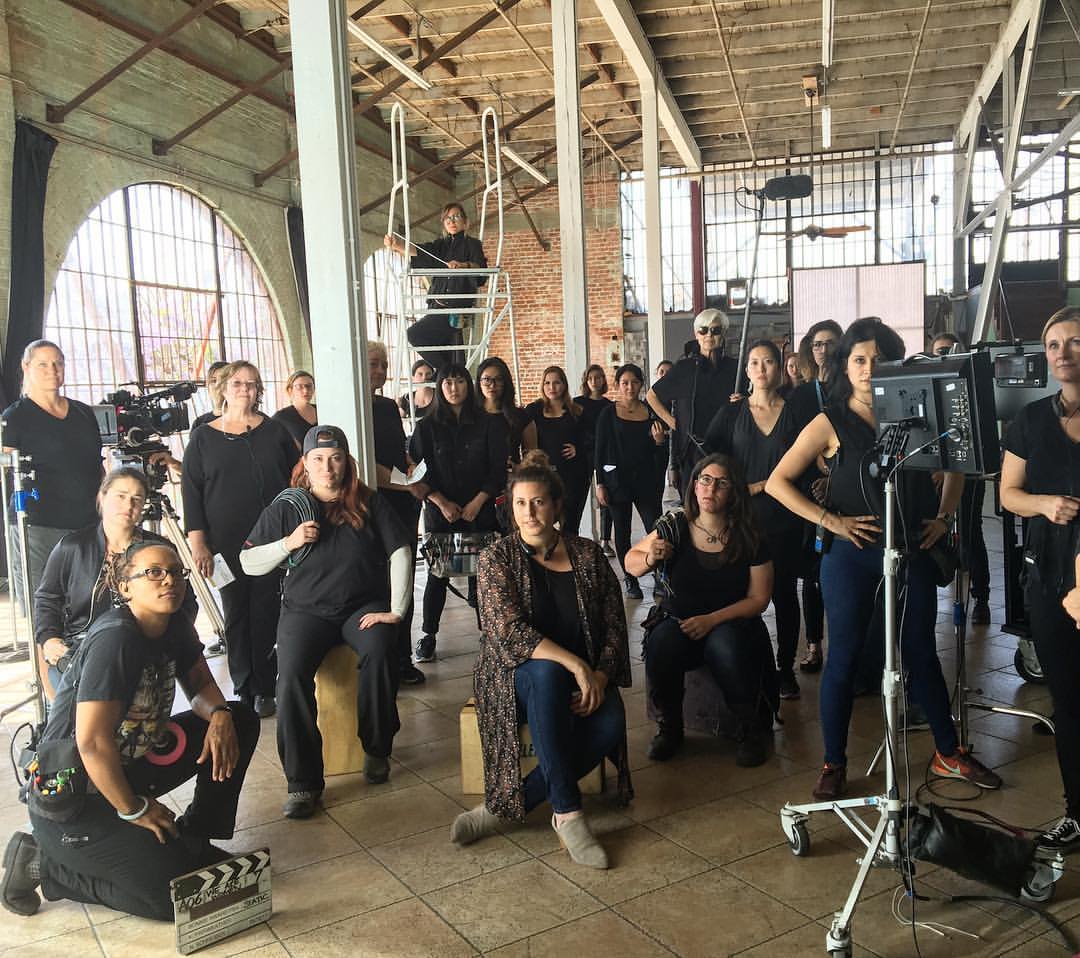 This is the million dollar question. It’s a hustle and it’s never a straight path. I’m working to get to the point where I can make a living writing, directing and producing in television, film , commercials and web content.

Tell us what does producing really consist of?

Producers are sounding boards, therapists, and the ultimate logistic jugglers. It’s all about managing people and expectations. I’m so grateful to have come up in this business as a producer first and then a director. I think it adds depth to my approach as a director as I’m able to pull back and look at the big picture. It’s allowed me to have an intimate understanding of all the many moving pieces required to elevate a project.

You also wear the hat of a director, do you believe a director needs to know how to operate a camera themselves?

I really like to shoot. I’m a novice. I have not mastered all aspects of the camera by a longshot. I think a director being curious, interested and engaged is the most important piece. I want to devour the knowledge on camera operation. Right now camera operation is so new to me but I love it. I probably follow as many DP’s as I do other directors. I love images and find deepest inspiration from them.

How does a typical day (for you) begin when you are in full swing production?

My phone is usually overheating by 11am. It’s just nonstop. The good news is that production is the ultimate rush so the long days and hectic hours fuel me. When I’m directing my day typically begins with prepping with the DP, checking in with department heads and thinking about the day. I still like to be early on set as a director so I can walk through locations and get my mind focused prior to the flurry of the first call.

One piece of advice do you have for women looking to get started in the industry?

Take chances and have faith in yourself. Don’t wait for the perfect timing, script, collaborator. Believe that your voice is worthy of entering the chorus.

I just wrapped production on the “Bonnie Award” commercial. In the past year 2 films I produced, A Rising Tide and Namour, were picked up and are being released widely this year. The commercial I directed premiered at the Los Angeles Film Festival and is now playing on international flights around the world. I have a beat to take a breath and focus on what’s next. My primary focus is finding opportunities to shadow more established directors in television and film. I hope to direct on television and also find some more commercial and web content to direct. I’m finishing the screenplay for my first feature I plan to direct in the next two years.

One thought on “Interview with filmmaker: Kristin Fairweather”